San Antonio, TX, August, 26th – After failing to remove Libertarians from the 2020 ballot, the Texas Supreme Court delivered more bad news for the Texas GOP, who once again attempted to limit voter choice and obstruct elections in 2022.

On August 8th, Republican candidates filed a Writ of Mandamus with the Texas Supreme Court to remove 23 Libertarian candidates who would appear on ballots this Fall, claiming they did not meet eligibility requirements.

The eligibility requirements in question are based on HB 2504, which was passed in 2019, requiring candidates nominated in convention (Libertarians and Greens) to pay filing fees.  While this law may not seem offensive on its face, it becomes quite insidious once understood that these filing fees go to offset the costs of the Primary Parties only.

This law forces Libertarians and Greens to effectively subsidize Republicans and Democrats, while at the same time representing a financial barrier to possible political challengers.

Stephanie Berlin, Libertarian for Texas House District 122 and plaintiff in the ongoing legal battle, is one Candidate that many Bexar County Voters would have lost as a choice on their ballot.

Stephanie notes, “This is a win for voters everywhere to ensure all politicians have to work to earn your vote.   Without competition, egregious monopolies form to the extreme detriment of the public.   Hopefully, both the Republicans and the Democrats will learn to embrace both diversity of thought and competition”.

LPTexas continues to fight the underlying unconstitutional filing fee law in Federal Court (Bilyeu v. Scott).  The Federal case is ongoing and we need your help to fund its litigation. See https://lptexas.org/2022/07/07/legal-fund-drive/ for more information.

“The Supreme Court got it right again. Voters will now have more opportunities to vote for small-government Libertarians instead of big-government Republicans.”

“The court made the correct decision. This was nothing more than a blatant attempt to remove the only consistently pro-freedom party from the ballot. Voters are tired of milquetoast defenders of freedom and liberty. The Libertarian Party is proud to offer this choice to voters in November.”

The Libertarian Party of Bexar County is an Affiliate for the 3rd largest and fastest growing political party in the United States. LPBexar seeks to elect Libertarians and influence legislation that focuses on individual rights, self ownership, and limited government.

For more information on this matter, contact JR Haseloff at 904-962-9922 or email at JR@LPBexar.org

VIDEO: Texas Republicans Are Fighting to Keep Libertarians Off The Ballot 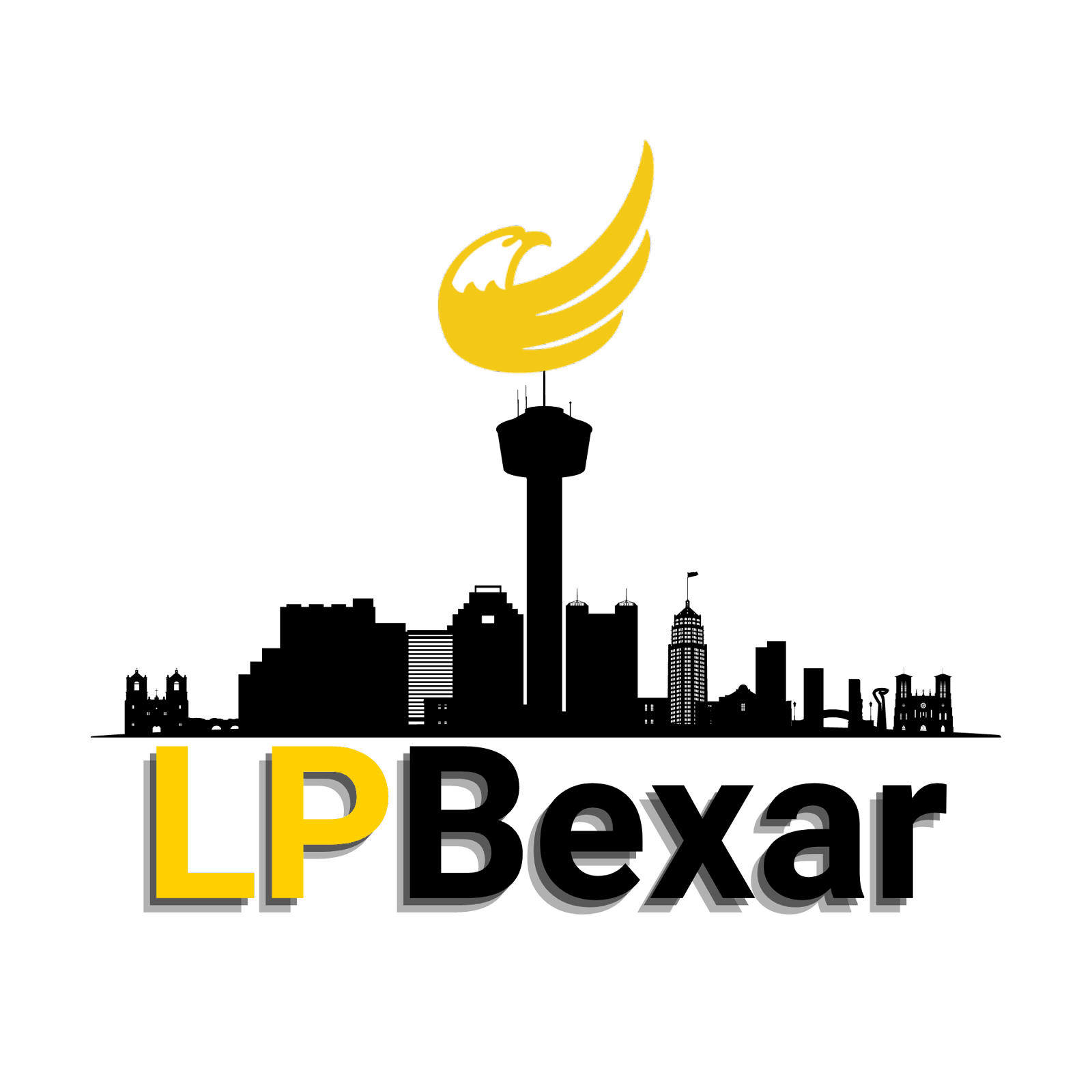